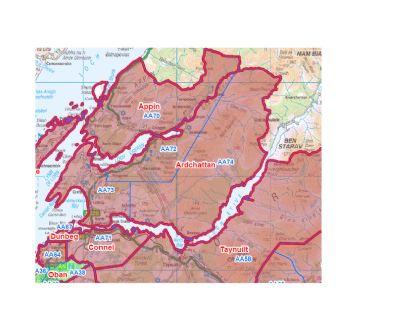 As you can see from the map, the area is of considerable size, and very diverse.

The combined electoral roll of the three Ardchattan CC districts was 1,276 as of April 2009.