1st Monday of every month

(except January, May, July, August.)

All local residents are welcome to attend. 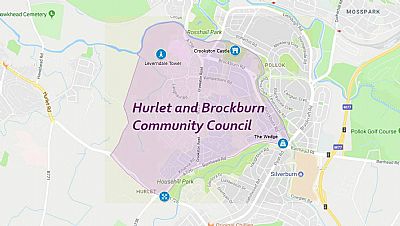 There are currently 8 elected members of Hurlet and Brockburn Community Council:

The Community Council consists of ordinary members together with various ex-officio members including our local Councillors. Unlike Councillors, and MSPs, Community Councillors are elected or co-opted for their four-year term as individuals. By law the community council is apolitical and must work without bias towards any political party.

The secretary can be contacted at hurletandbrockburn@gmail.com.