B9006 overbridge of the A9 is now operational

After many years of gestation, the B9006 overbridge has now been widened and is operational to traffic.

It should reduce the dangerous queuing on the southbound carriageway of the A9 and hopefully eliminate it.  It removes a pinchpoint for traffic merging from the A9 with traffic from Westhill and Cradlehall on the B9006 Culloden Road.  It improves traffic flow past, in and out of the University of the Highlands and Islands. 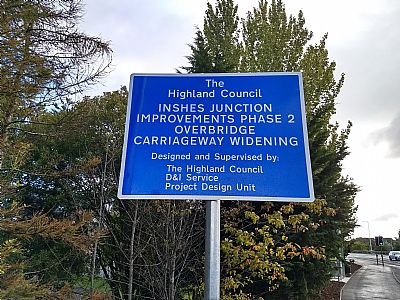 Thanks are due to The Highland Council for the efficient delivery of this project with only four overnight closures of the overbridge from 6:30 p.m. till 6:30 a.m. Mon-Thursday 10-13/9/2018 to complete the final widening.  It opened to the public the following week.